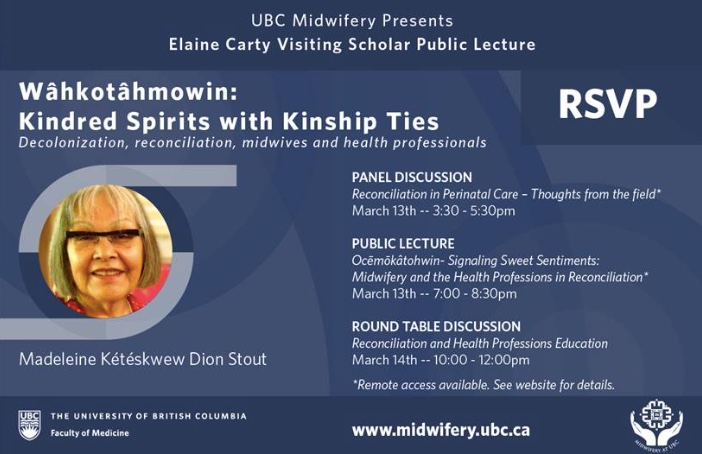 Ms. Dion Stout was born and raised on the Kehewin First Nation in Alberta, and adopts a Cree lens in her research, writing and lectures on First Nations health and health care. She is a past President of the Canadian Indigenous Nurses Association and appointee to the National Forum on Health. She is the recipient of the Assiniwikamik Award from the Aboriginal Nurses Association of Canada; a Distinguished Alumnus Award from the University of Lethbridge; and Honorary Doctor of Laws from the University of British Columbia, the University of Ottawa and Carleton University. In November 2008, the Canadian Nurses Association of Canada selected Madeleine for the Centennial Award that was given to 100 outstanding Canadian nurses. In March 2010 she won the National Aboriginal Achievement Award (Indspire Award) in the health category. Madeleine was appointed as a Member of the Order of Canada on July 1, 2015 and has been featured in recent editions of the Canadian WHO’S WHO. See full bio and event details by clicking here.